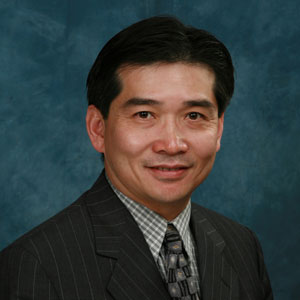 Jesse Shiah, CEO
AgilePoint’s Responsive Application Platform (RAP) is designed to make true, enterprise-class BPM accessible for any organization, no matter its size or budget. “RAP provides virtually all of the mission-critical functionality of other elite BPMs for a fraction of the upfront spend and total cost of ownership,” states Jesse Shiah, CEO of the Mountain View, California software vendor. AgilePoint, which launched version 1 of its award winning, .NET-based, business process platform in 2006, has been on a role, racking up industry awards and winning customers of every size around the globe.

Like most enterprise BPMs, AgilePoint allows for rapid composition of business apps that tie together functionality from other systems, such as SharePoint, SalesForce, and SAP. Unlike what most BPMs produce, though, RAP apps are built entirely out of HTML5 and JavaScript, enabling them to be embedded in almost any SaaS or on-premises web application. “This functionality makes RAP applications portable, allowing access from within any of the component systems,” states Shiah. “Portability is just one of many aspects of responsive application development.”

So what are other features of responsive applications? “The ability to configure components within business applications is another important aspect,” adds Shiah. “Configurability enables organizations to build an application once and then reconfigure it for multiple different groups of users.” Beyond component configuration, responsive apps need to be multi-channel enabled. “RAP V6’s new Forms designer allows the visual configuration of forms for different devices,” points out Shiah. “For use on a desktop device, fields and other elements on forms may be expanded. For handhelds, field size may be reduced, or fields might be removed altogether.”

Closely associated to configurability is adaptability of applications to changing conditions. “Because of RAP’s unique architecture, application models are not compiled,” explains Shiah. “Rather, they are fed as pure XML into RAP’s stateless process engine. This approach enables apps to be reconfigured during runtime when business or technical conditions change.” RAP allows for manual adaption or programmatic adaption,” adds Shiah.

Other new features in V6 are a browser-based App Builder and Forms designer and a fully integrated front-end, which allows for configurable access for groups of users including role definitions and permissions. Among the advantages of the integrated frontend is portable task management—the ability to access RAP’s Work Center from within any V6 app embedded in any other application, such as SharePoint or Salesforce. “This integrated frontend,” points out Shiah, “is meant to enable 3rd-party solution providers to create RAP-based SaaS applications for their customers.”

RAP V6 allows for self provisioning of new tenants and can be deployed on premises or as a Platform-as-a-Service (PaaS) in either a private cloud or a public cloud. AgilePoint Server now includes multi-tenant support.

While RAP provides capability beyond what many elite enterprise BPMs provide, its various pricing models enable enterprises of any size to realize the benefits of powerful, enterprise BPM features. And because of RAP’s unique architecture, it can be deployed in weeks, rather than the months—or even years—that some other systems might require. “For organizations looking to deploy a powerful, business application platform, total cost of ownership is the key,” concludes Shiah. “RAP is a true enterprise-class BPM that requires less upfront spend, less time to deploy, and less cost of ownership over the long haul.” 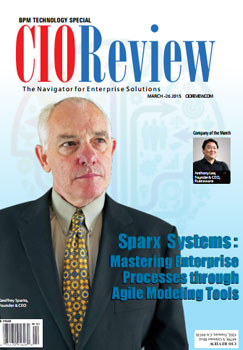